In the Name of Allah, the Most Gracious, the Ever Merciful…

pla-gia-rize : to steal and pass off (the ideas or words of another) as one’s own : use (another’s production) without crediting the source : to commit literary theft : present as new and original an idea or product derived from an existing source

On Saturday, the 4th of Ramadhan, 1434 (July 13, 2013), controversial American preacher Yusuf Estes published an article on his “IslamNewsRoom” website entitled:

However, it was quickly discovered that Yusuf Estes had not actually written the article as claimed, but rather it was copied and pasted entirely from another author’s work, namely Hasan Saleem, with only some minor formatting problems and misplacement of the pictures of some of the scientists. 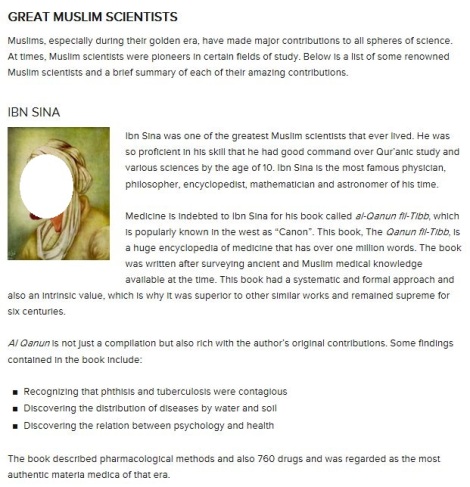 Compare for yourself! Above is Hasan Saleem’s original article published more than ten days before Yusuf Estes’ article (below) appeared on the IslamNewsRoom website.

A Second Layer of Deception

This incident was taken very seriously by critics of Yusuf Estes, who feel it clearly shows yet another side of his dishonesty.  The original author, Hasan Saleem, left a message of objection about the stolen article at the IslamNewsRoom website on the 8th of Ramadhan (July 17). Expecting integrity and responsibility from an elder Muslim “author”, he was quite disappointed to find that the article was in fact updated the following day (not removed!), and the only thing that was changed was the name of the author – Yusuf Estes’ name was merely replaced by “Editor”!

Instead of taking responsibility for this blatant act of plagiarism, Yusuf Estes hides his name and oppressively keeps the stolen intellectual property. When the original author was asked for a statement for the record about the incident, he said:

The article is a property of dirjournal.com and this guy [Estes] copied it. He must [have] changed the name after the email I sent yesterday.

A Triple-Layered FAIL:  Plagiarism, Deception, and WORSE – Promotion of Heretics as “Muslim Scholars”!

Since Yusuf Estes loved the article enough to take it and publish it as his own work, without changing anything in it, he must be in agreement with its contents. After all, he is the “author” according to his initial claim.

After violating the personal rights of Hasan Saleem by taking material protected by copyright and transgressing against the academic community associated with Islamic knowledge by attempting to gain reputation dishonestly and undeservingly, Yusuf is also guilty (as is the original author) of promoting at least two heretical philosophers who were not Muslims as great Muslim scholars and scientists. Ibn Sina and al-Farabi, for example, are viewed by Muslim scholars as being heretics outside the fold of Islam.

Review this article for the statements of the Muslim scholars about the disbelieving philosopher, Ibn Sina.

More updates about Ibn Sina, al-Farabi, the philosophers dressed up as Muslim scientists, as well as more follow-up news about this shameful incident of plagiarism coming soon, in sha’ Allah…

2 responses to “Plagiarism: A Case Study in Academic Fraud and Dishonesty”

"As for the Quran that is recited, written in the mus-hafs, written down and recorded (therein), understood in the hearts, then it is the Speech of Allah the Most High, not something created."
%d bloggers like this: